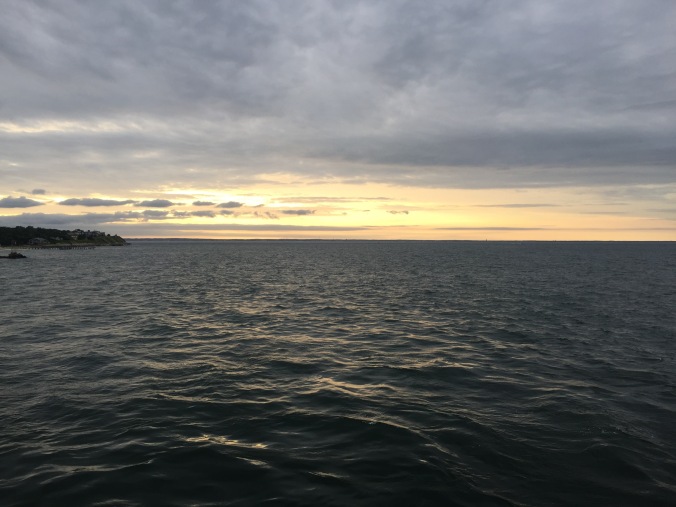 I’m on the beach when it hits me.

Here’s my niece Julia, a hip and savvy new Georgetown University graduate with a keen business mind. I’ll pick her brain about my blog before she heads to New York City for her first “real” job.

“What’s your target audience?” she asks. “I don’t know, I guess middle-aged women who may or may not have children,” I say. “And what’s your point? Why are you writing?”

Julia kindly tells me she’ll think about it, but I’ve taken matters into my own hands by taking a 10-day WordPress blog branding and growth course. Step one: three concrete goals for your blog. In other words, your definition of success.

I guess that’s the $1 million question. As one older woman mused while gazing at artists’ wares on Martha’s Vineyard, “I’m still trying to find it. And guess what? I think it doesn’t exist.”

Why do I blog?

I used to write for a living and get paid (well, sort of) for it. This was before laptops, cellphones and blogging was a gleam in anyone’s eye. I started out in the early ’80s at the now-defunct Milford Citizen, where I learned how to report, write and edit. Oh, and I also fell in love with the cute sports editor.

I worked with a bunch of characters, from a crusty veteran who filed five stories before dawn to his son, a city editor aptly nicknamed “Scoop” who lived on coffee and adrenaline. My managing editor helped plan my wedding and the staff photographer left  the dark room to take my wedding photos. We lunched, drank, and chased escaped criminals together.

Like all jobs, people eventually moved on. It’s funny how the workplace climate changes when one person leaves. It’s a little like when an actor leaves a show. His (or her) replacement may be every bit as good, but it’s not the same. And did I mention I’m no good with change?

But back to branding. I love meeting people and hearing their stories. Before social media, this was called human interest or feature stories. Generally, you’d write about something that you dug up or got a tip on: the woman raising Hungarian show dogs, the guy who ran the International House of Hotdogs or the Catholic priest in Ireland who fathered a son living in Connecticut.

Though I covered hard news, I love features because they spotlight people who might not ordinarily make headlines. My Dad used to say people (well, excluding those in the police wrap-up or obits) like being in the newspaper because it makes them feel special. As Bruce Springsteen wrote in “Nothing Man:” I never thought I’d live/To read about myself/In my hometown paper.

The explosion of blogging and social media has more or less eliminated the role of editors. People decide what’s news, and post it on Facebook, Twitter and Snapchat as it’s happening. Their news judgment is affirmed by thumbs-up signs, heart emojis or stars. Heaven help the blogger who gets tons of views, but few likes. You start to feel a little like the last kid picked for the 6th grade kickball team.

I still believe there is a role for storytelling. Whether it’s my own experiences or those I meet, if it interests me it’s in here. I may never figure out exactly what it is, but I’m going to try.